Your beta readers have returned your manuscript.  You cried.  Then you put it aside for a little perspective and came back.  You realized the beta readers didn’t tear it apart as much as you thought, and that they said some fabulous things about your story.  You’ve also realized that their comments about what was wrong are absolutely right!  There are things you need to change.  You didn’t write the next great American novel in one or two drafts!  Now you have to do revisions — again.  I’m not going to do another whole post on revisions, just know you have to do them again.  (My original blog post is here.)  And maybe again.  And again.  You may even send it to another group of beta readers once you make changes and see what they think.  BUT remember, you don’t have to change every little comment they make.  If you like it, consider it.  If a bunch of them make the same comment, definitely consider it.  Like I said, Borrowed Magic has at least 11 drafts on my computer.

Once you feel you have the best manuscript possible, there are three possible options.  One, you can start querying literary agents.  Two, you can submit to smaller publishers who don’t require a literary agent.  Or three, you can self publish.  Personally, I queried literary agents first, and after great feedback but no ultimate offer, I tried a small publisher.  That was a frustrating process of them saying how much they loved it and then asking for revisions, which took me months, and then having them tell me I should have left it how it was initially.  😦  Eventually, I decided to publish Borrowed Magic myself.  It’s been a fun process and I’ve had great reviews, so in the end, I’m happy.  That being said, if a fabulous literary agent wanted my next book, and I had the chance to publish with a huge publisher, I’d seriously consider it.

OK, so back to those options.  The first and second options will both require a query letter. I’m not going to go into how to write one.  There are probably thousands of places on the internet that go into that.  Basically, a query letter is your book summed up in 250 words or less and that makes an agent think “wow, I want to read this!”  Sounds easy, but sooooooo not easy.  There’s a specific forum on Absolute Write called “Query Letter Hell” for a reason.

Here’s my query for Borrowed Magic, which was a really successful query and got me a lot of requests.

The siege has ended. The dark mage is dead. Life is almost back to normal.

For everyone except Maren.

Three years ago, an attack by the now-dead mage left her near death and with a sliver of magic buried deep inside her. Now, for reasons Maren doesn’t understand, that magic has been triggered, giving her the ability to “see” the truth: That her world is nothing more than a magical façade. That the kingdom’s hero isn’t a hero at all.

With the country’s future in the hands of a man who’s vowed revenge on its king, Maren must convince someone else of the truth. Unfortunately, the only person powerful enough to help is also the one man she’s afraid to trust, the man she almost married, the man who abandoned her and disappeared for three years.

And she must persuade him before the kingdom crumbles. Before the king is murdered by the very hero he reveres. And before the same magic that gives her sight also takes her life.

BORROWED MAGIC is a 91,000-word YA Fantasy with strong romantic elements. I believe it would appeal to readers who enjoy Tamora Pierce, Cinda Chima, Kristin Cashore, Megan Whalen Turner, Rae Carson, and Shannon Hale. I have included the first ten pages for your review. Thank you for your time and consideration.

That took weeks to get exactly right!

Once your query letter is written, you have to find agents who accept the genre you write in.  I’ve used agentquery.com, query tracker.net, and Publishers Marketplace, but there are a bunch of places you can find agents who want what you write.  Once you get a list, you research those agents a bit more and see what they require.  Some agents only want the query letter itself.  Others want the first five pages of your manuscript or a synopsis along with the letter.

Now it’s time to start sending the queries.  Some writers only send a few at a time and see what kind of response they get.  If the response isn’t great, they might rework the query letter and send out another test batch.  Querying is often a slow process.  While there are a few agents who will get back to you within a week, many take 4-6 weeks (agents get hundreds of these a week).  And there are a growing number who don’t respond at all if they’re not interested.  If you’re lucky enough to have an agent interested, they’ll usually request to see the first 30-50 pages of your manuscript.  Some request the entire manuscript from the start.  Then, if you’re really lucky, one or more of them will offer you representation.  And then the process starts all over again, with your agent sending “queries” to editors.  Yeah, it can take a really, really long time!  (And that’s not even the traditional publishing process, which can take 1-2 years to get your book on a shelf.)

If you’re not so lucky but you still believe your book is worth reading, there are a lot of great options that there weren’t just a few years ago.  Publishing Borrowed Magic myself is the route I chose to take after a lot of agent interest but ultimately a lot of “just not for me’s.”  I’ll go into the pros and cons of that in my next post.  Along with the realistic expectations. 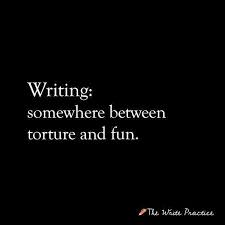 I am the author of Siege and Borrowed Magic, YA fantasies filled with magic, intrigue, and romance. View all posts by shariwrites